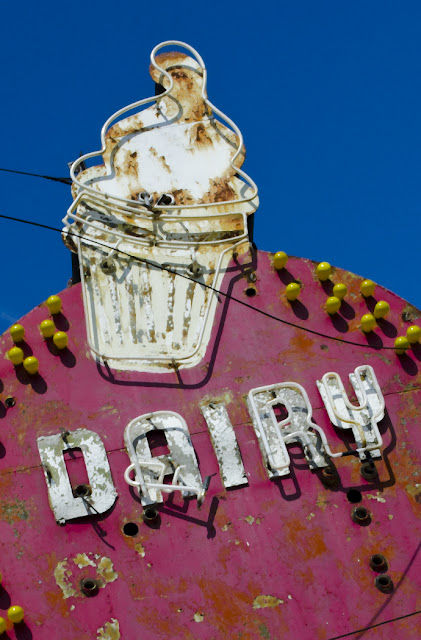 Pin It Now!
Posted by JCR at 8:00 AM
Email ThisBlogThis!Share to TwitterShare to FacebookShare to Pinterest
No comments:
Labels: Detroit, Mack Ave., Neon, Signs 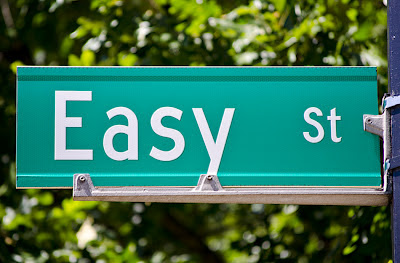 Everyone wants to live on Easy Street !


Pin It Now!
Posted by JCR at 8:00 AM
Email ThisBlogThis!Share to TwitterShare to FacebookShare to Pinterest
No comments:
Labels: Signs 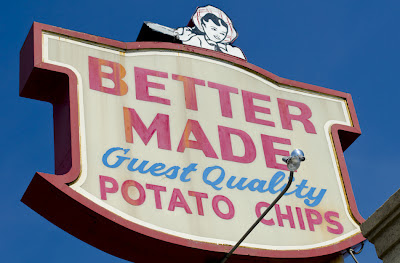 On August 1, 1930 Cross Moceri and Peter Cipriano started the the Cross and Peters Co. Their goal was to make a better potato chip, hence the name Better Made.


Pin It Now!
Posted by JCR at 8:00 AM
Email ThisBlogThis!Share to TwitterShare to FacebookShare to Pinterest
No comments:
Labels: Detroit, Gratiot, Signs 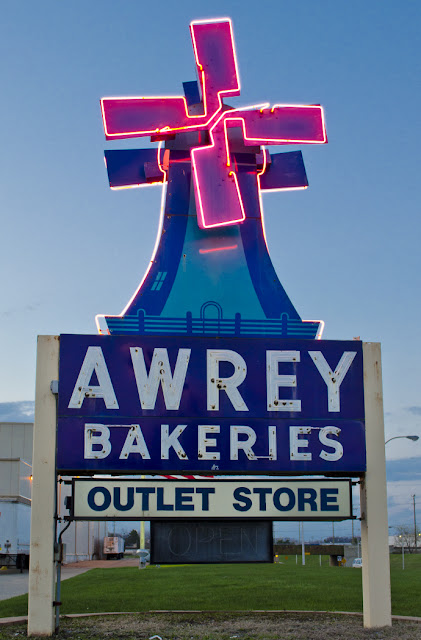 The Awrey Bakery and outlet store in Livonia, Michigan are still operating, but this landmark sign has been sadly neglected. Much of the neon is out and the windmill vanes no longer turn.


Awrey Bakeries got its start in 1910 when Fletcher and Elizabeth Awrey left Canada and moved to Detroit looking for work in the auto industry.

To help make ends meet, Elizabeth Awrey began baking breads and pies in her wood-fired oven and selling them to neighbors, which her three sons — Elton, Wilbur and Thomas — would deliver. As business boomed, the Awreys opened a retail outlet in 1914 on Tireman and Epworth near West Grand Blvd. in Detroit, where the firm's first "volume baking" began.

The next four decades saw Awrey expand from a home-based business into a large enterprise with commercial bakery facilities, home delivery, and 91 stores by 1940. After WW II Awrey's growth resumed aided by the increasing popularity of supermarkets. By 1950 the company had 120 locations, including both individual stores and supermarket concessions, and its home delivery service. Increased success required increased capacity, and a new bakery and headquarters was built in Livonia in 1967. In 1969 the entire operation was moved there and the Tireman plant was closed.

By 1990 Awrey's food service business accounted for 70% of total revenues, with retail sales contributing one-quarter and contract baking making up the remainder. The company had 700 food service distributors and a national network of brokers that distributed its products to institutional accounts such as hospitals, schools, and restaurants. The retail line was distributed in southeastern Michigan to stores that ranged from major supermarket chains to small independent grocers.

Unfortunate changes in management and strategies led to a decline in business which resulted in Chapter 11 bankruptcy in 2005. The sale out of bankruptcy in 2008, enabled Awrey to repay its creditors at 98 cents on the dollar from proceeds.

Awrey survived the turmoil and continued operations. The brand celebrated its 100th anniversary in 2010.

Pin It Now!
Posted by JCR at 8:00 AM
Email ThisBlogThis!Share to TwitterShare to FacebookShare to Pinterest
No comments:
Labels: bakery, Livonia, Neon, Signs Kern's Dept. Store Clock
Detroit, Michigan
When Kern's department store was built on Woodward Ave. in 1929 its famous clock was installed above the store's main entrance at the corner of Woodward and Gratiot. In the early 1940s the clock was mounted on a pole on the sidewalk near the entrance as can be seen in this 1945 photo by Detroit Free Press photographer, Tony Spina.

The store closed on December 23, 1959 and sat derelict for several years. In preparation for the building's demolition in 1966 the clock was removed and put in storage. In the 1970s  it was returned to the corner of Woodward and Gratiot near the J. L. Hudson Co. store. It was again removed and put in storage for safekeeping before the Hudson's building on the next block was demolished in 1998.

In 2003 Compuware, which now occupies the Kern's site, had the historic clock restored and mounted on this granite sidewalk pedestal near its original location on the corner of Woodward and Gratiot Avenues.

Pin It Now!
Posted by JCR at 12:17 PM
Email ThisBlogThis!Share to TwitterShare to FacebookShare to Pinterest
No comments:
Labels: Detroit, Kern's, Woodward 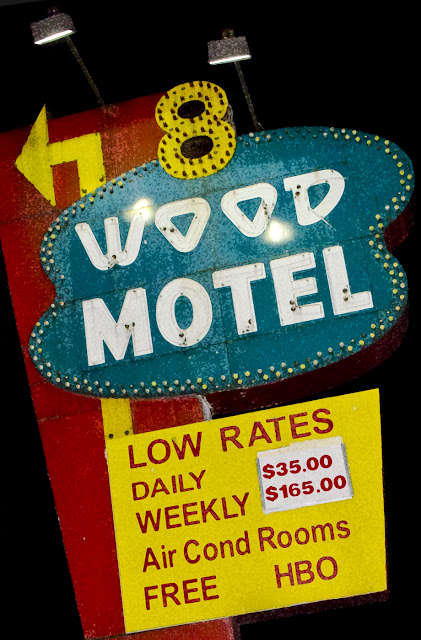 On the north side of Eight Mile Rd. (yep, the one in the movie of the same name) at Woodward across the border from Detroit. In this joint I wouldn't be surprised if they have an unpublished hourly rate, but doubt there's much  demand for HBO.