The Bond & Bailey building on W. Fort St. in Detroit is one of my favorite old buildings. I like it because of its unique character, its slight lean, its "ghost" sign on the east wall, and most of all because it is at least 125-130 years old and still being used (I think). I have been unable to learn anything about its history except that Bond & Bailey has been there "since 1948," according to the sign out front. 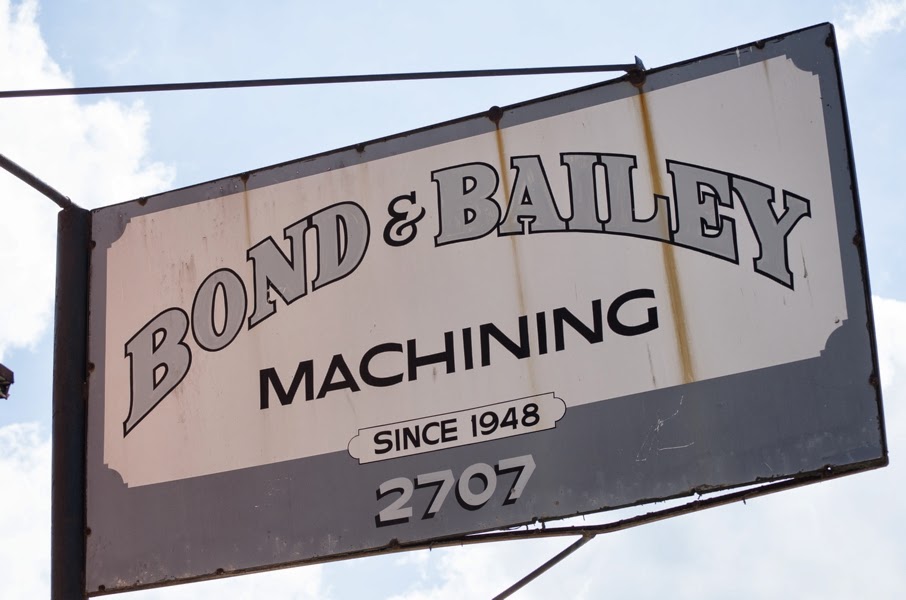 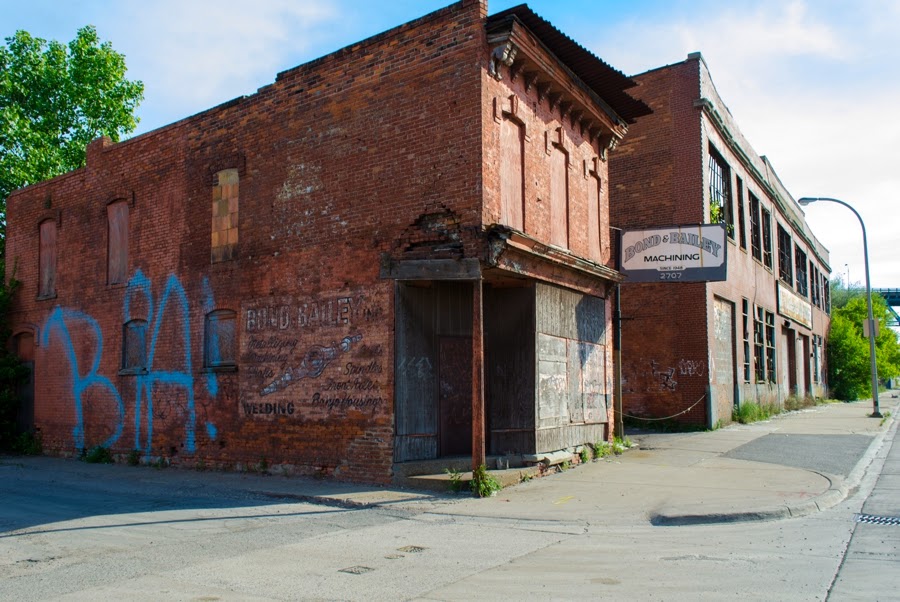 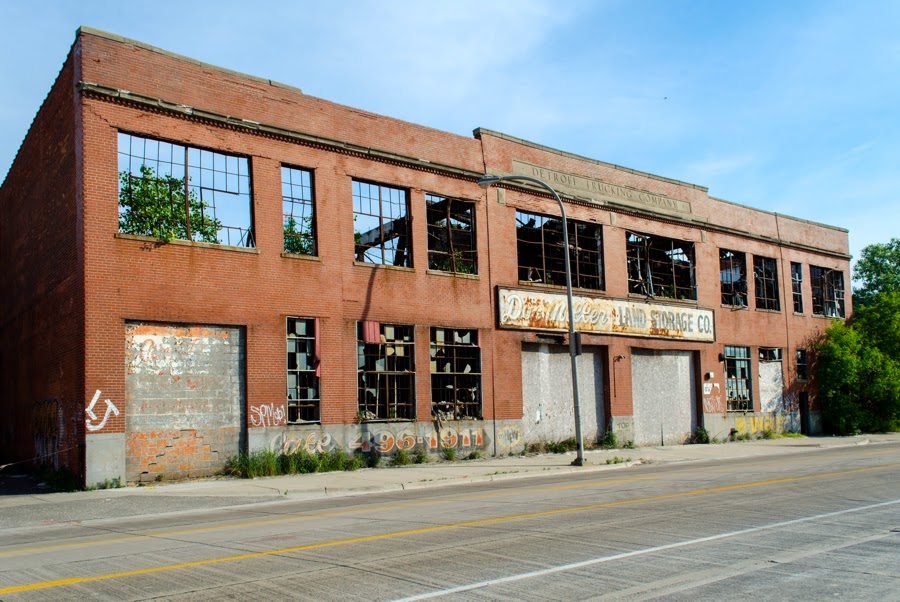 This neighboring building was constructed (late 1930s - 1940s?) by the Detroit Trucking Co. and was later occupied by Bond & Bailey Machining, and then Don Miller Land Storage. It was still standing in 2012 after being long-vacant and suffering at least two fires. As you can see it was a mere shell awaiting its dismal fate which was most probably demolition. The only question was, how and when.

The answer came when it burned again (likely due to a scrapper's torch) the afternoon of June 29, 2012, just 40 days after the photos above were taken. After a 2-hour battle, the fire was extinguished without injury. The building has since been demolished.

The late-1800s Bond &Bailey building still stands. These photos show how it looked in 2012: 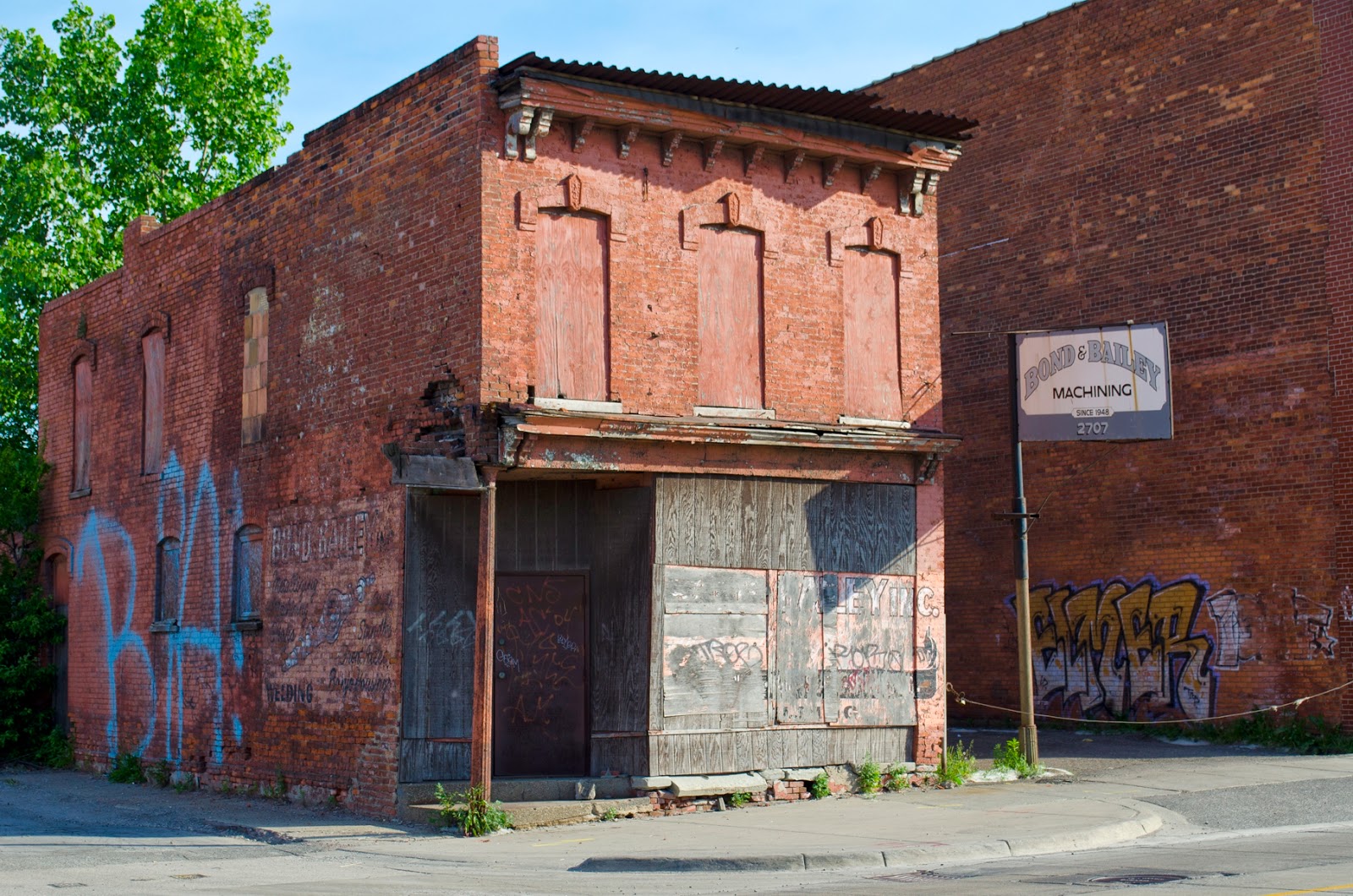 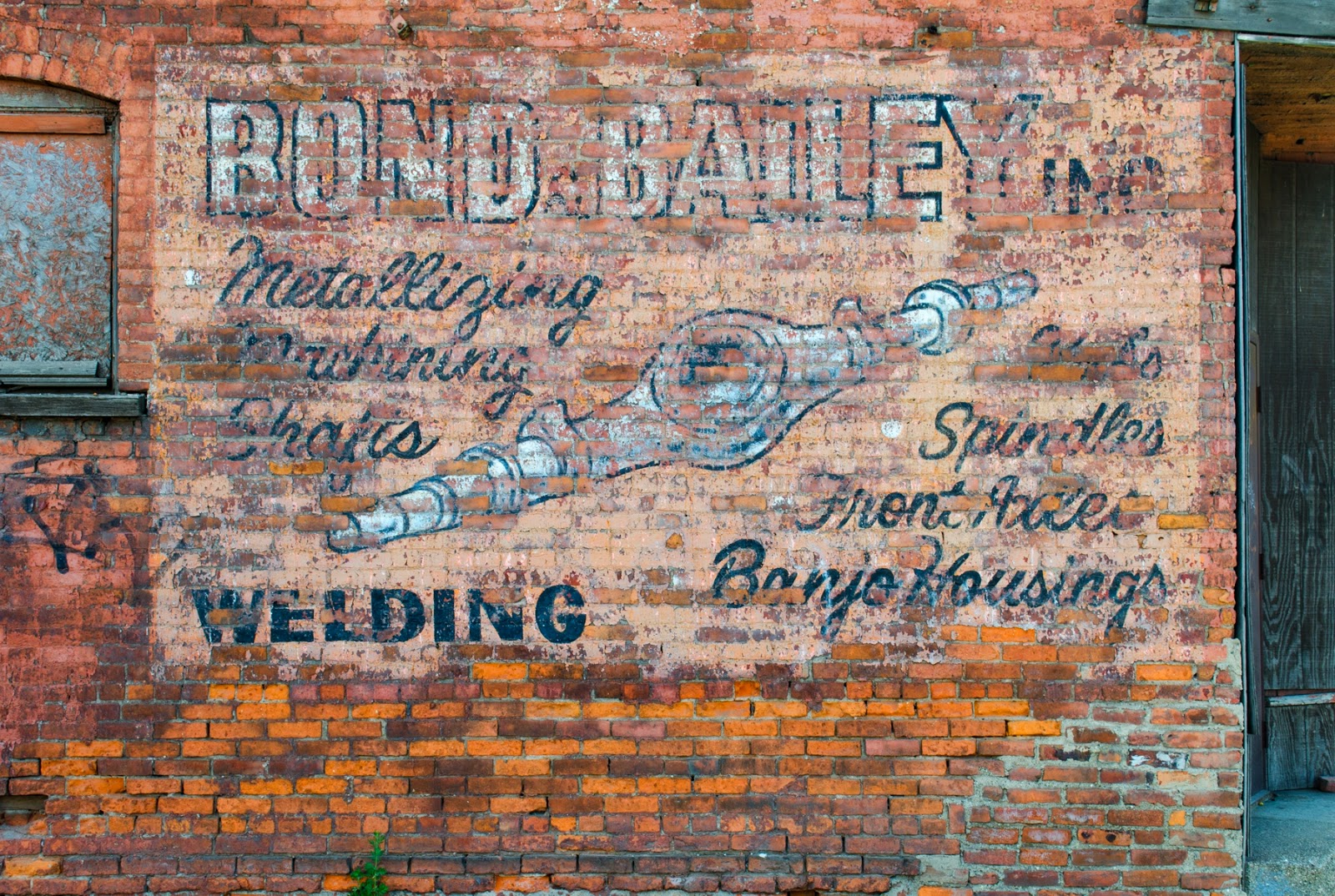 It was - and still is - comforting in some way to see the little building still there when I pass by. At the same time, though, I always wonder how much longer it can survive. While this old stalwart still stands, it has been, like so many buildings in Detroit, senselessly defaced by taggers hardly a year after the photos above were taken. I was furious when I saw it on a drive down Fort Street in July of 2013. Vandals have painted the entire side of the east wall, completely obliterating the terrific old sign.

For what useful purpose was an historic building defaced, and a vintage sign destroyed?

What or who is TAF-TMK, and why should anyone care (except to prosecute them)??? 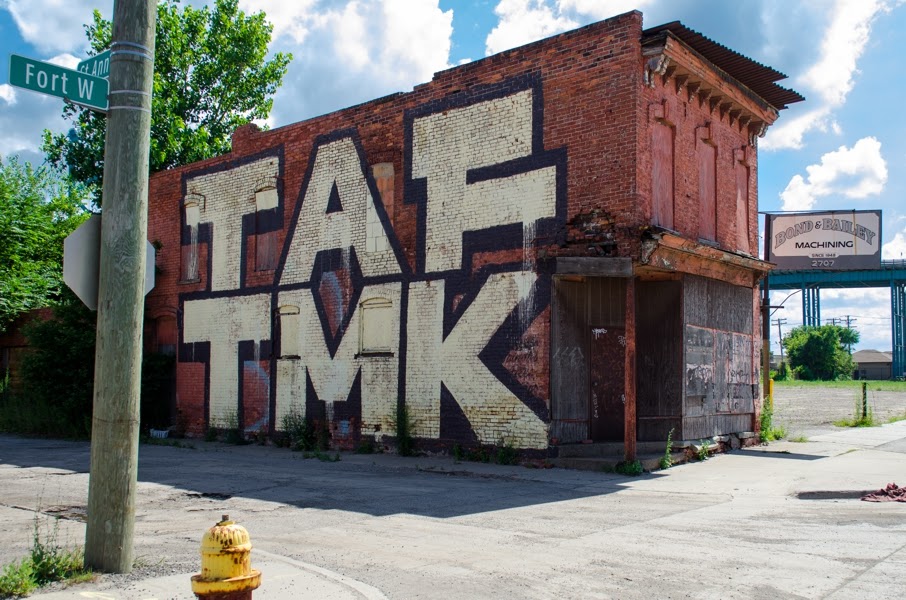 July, 2013 - vandals  destroyed the classic sign.
Also notice in the July, 2013 photo that the old Detroit Trucking Co. building has been demolished and now nothing stands between Bond & Bailey and the Ambassador Bridge. 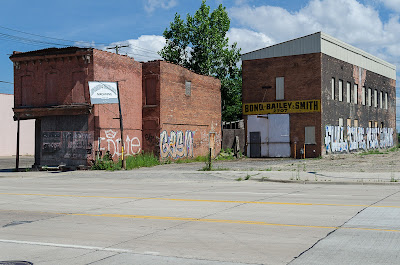 While on photo safari driving west on Fort St. to Delray and Zug Island, I was shocked and saddened to find a gaping hole at the corner of Ste. Anne St.  The last 19th century building on the south side of W. Fort St. has been obliterated. 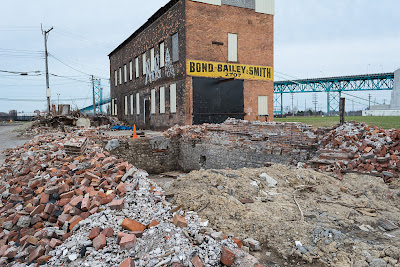 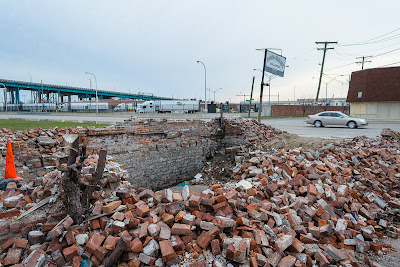 For nearly 150 years it managed to hold its ground,
but now there's only a hole in its ground. 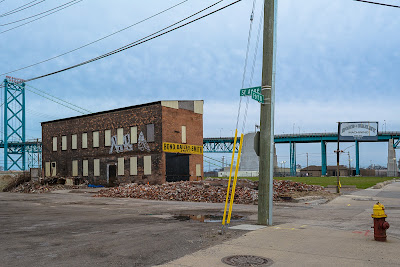 Just what the city needed - another vacant lot. Save for this building,
now nothing stands between St. Anne St. and the Ambassador Bridge.

Looking east from the Ambassador Bridge toward
Bond & Bailey (blure circle) since 2011: 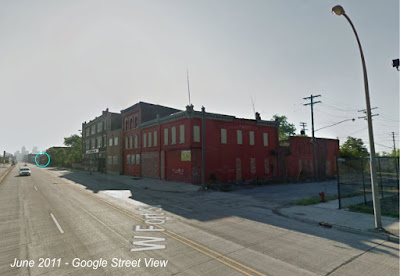 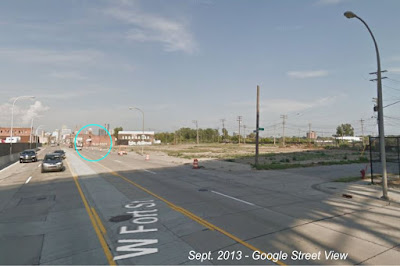 Pin It Now!
Posted by JCR at 1:16 AM
Email ThisBlogThis!Share to TwitterShare to FacebookShare to Pinterest
No comments: