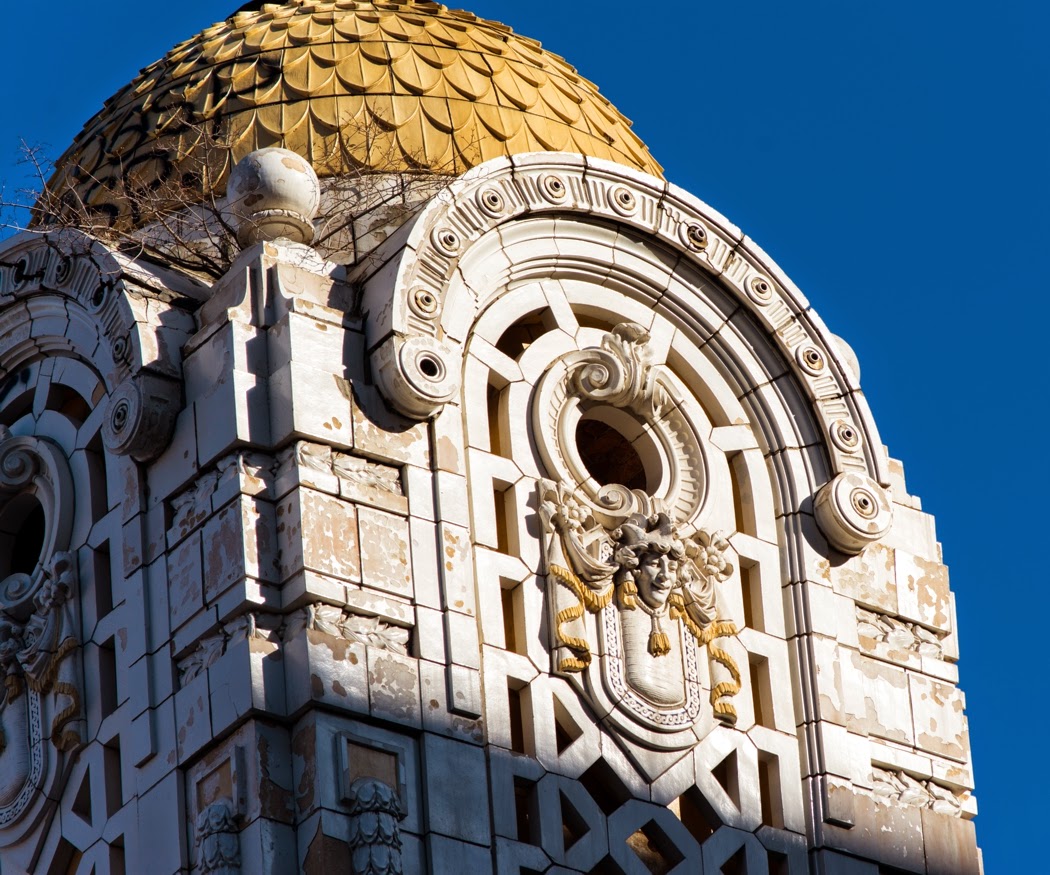 The National Theatre is located on Monroe St. between Randolph and Farmer. When it opened as a vaudeville house on September 16, 1911,  it was the newest addition to an already bustling entertainment center. Theatres, billiard halls, cafes, bars and restaurants lined both sides of Monroe, with even more on nearby Randolph, Cadillac Square, and Woodward Avenue. 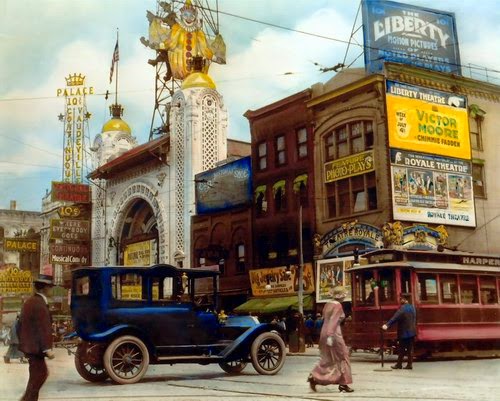 Tinted photo of the National Theatre on Monroe near Farmer St., c.1915. 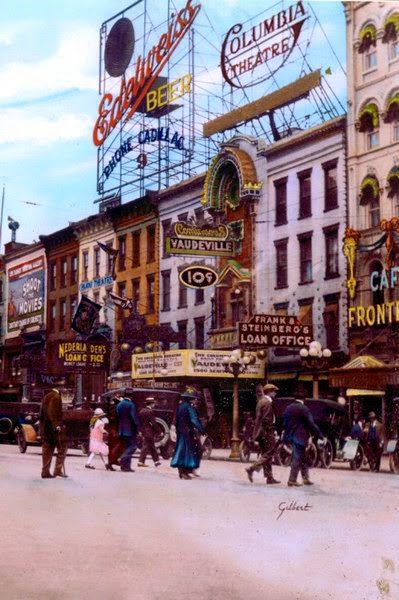 
The new National stood out from its older companions day and night. Its brilliant white terra cotta tiling was impossible to ignore by day, but its nighttime presence was even more alluring. The entire facade is studded with light sockets on its face, in its deep-set arch, and behind the lattice work which illuminated it inside and out, creating a dazzling sight at night. 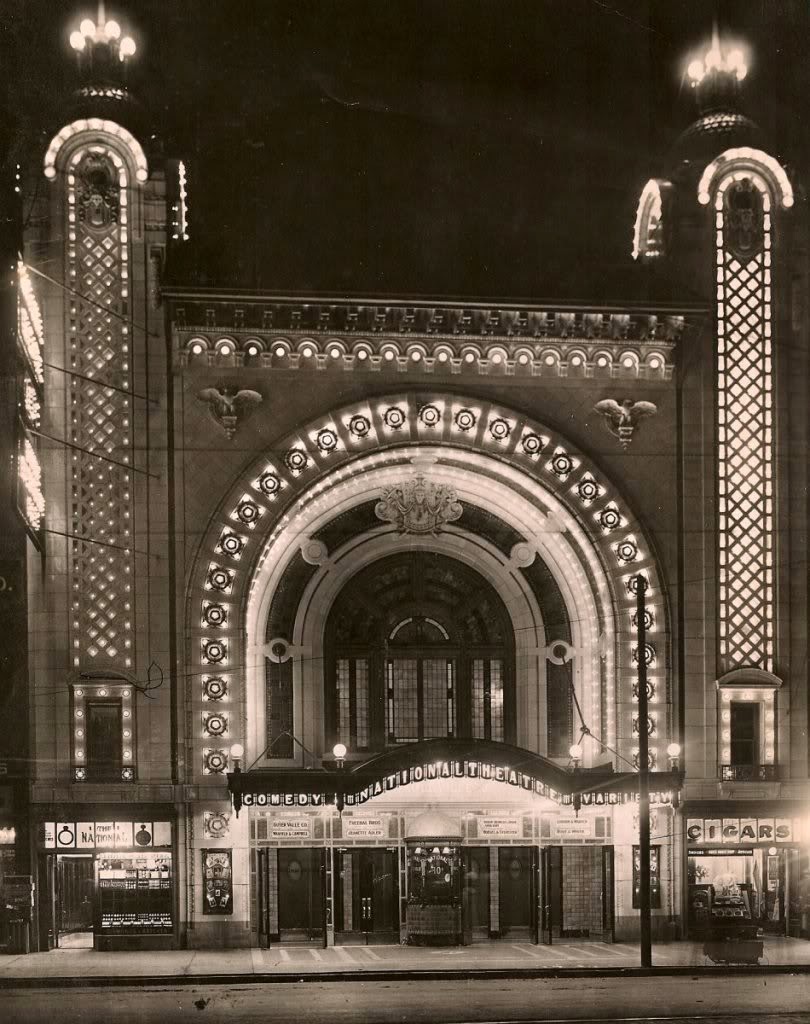 Among its neighbors and competitors were the old Detroit Opera House and Temple Theatre on Campus Martius, where Compuware now stands. 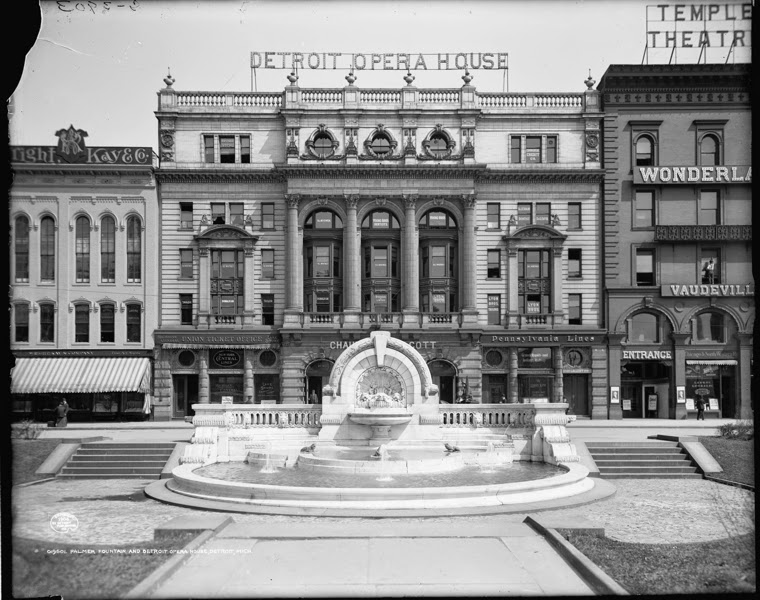 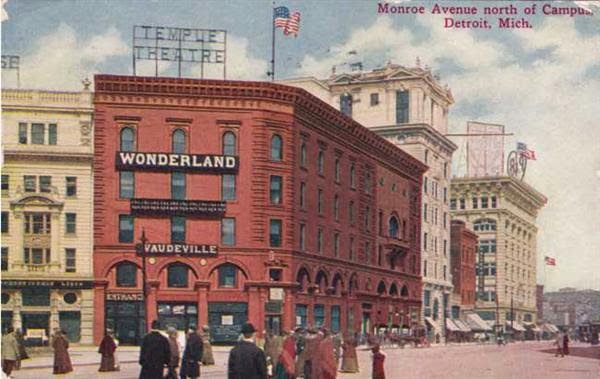 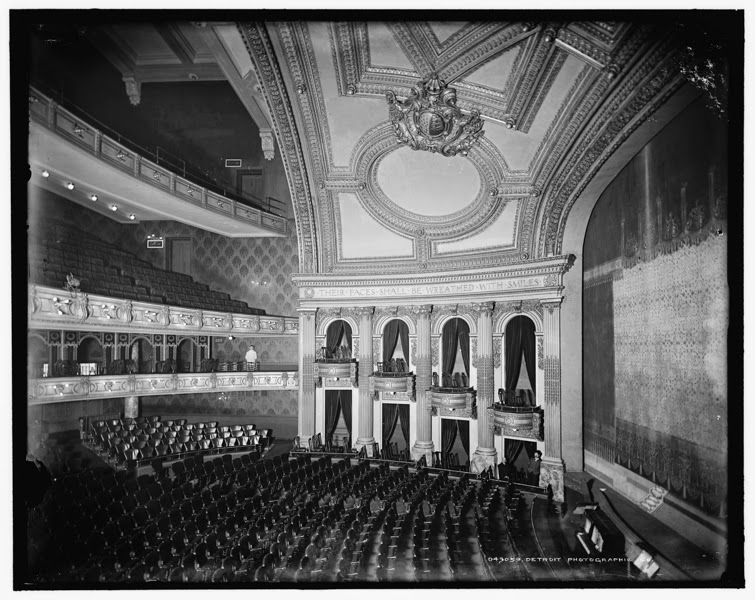 Nearly all of 19th Century buildings on the south side of Monroe - many dating to the 1850s - were demolished in 1990. The sole survivor of Detroit's first theatre district, the historic National is the only known Albert Kahn-designed theatre still in existence. 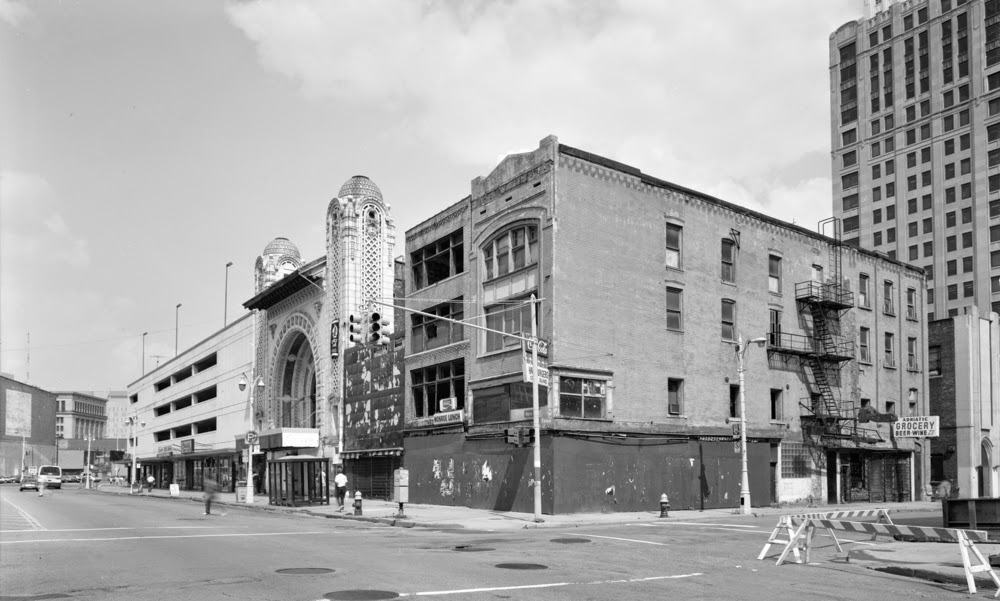 South side of Monroe looking east from Farmer, 1989. 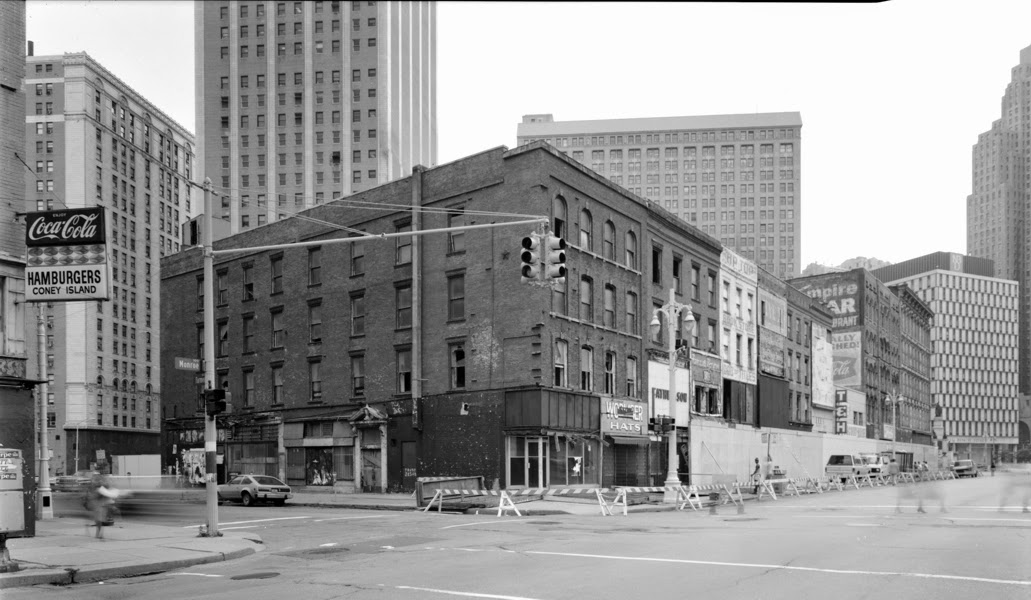 South side of Monroe looking west from Farmer in 1989.
All of these buildings were demolished the next year.
[ Historic American Buildings Survey (HABS) ].
____________


The National has been in the news as a possible candidate for some sort of renovation. Last fall it was learned that Quicken Loans founder Dan Gilbert was interested in acquiring the landmark theatre for new development. His real estate arm has already purchased most of the properties near it, and several others around town.


The building has lain empty, forgotten, and neglected for decades, and any possible hope of its rescue is very welcome news. But, as happens so often in Detroit, purchase by a developer does not necessarily guarantee a restoration like the Fox, Gem, or Opera House (the former Capitol / Grand Circus Theatre). Damage to the structure is so severe that restoration is doubtful. If any preservation happens at all, only the street facade may be spared destruction.

The City has taken possession of the property from an owner who has, for more than a decade, failed to deliver on promises to restore or renovate it.  With that hurdle cleared, new mega construction on the entire south side of Monroe from Campus Martius to Randolph is certain. The National's survival definitely is not.


Read more about the National Theatre at HistoricDetroit.org