I am pleased to have been invited to participate in Lawrence Street Gallery's annual exhibition which showcases the prize-winning artists from their four annual juried shows (Invitational, Figurative, Photography, and Small Works).


Exhibition organizer Laura Host says, “Just as music, theater, and literature look back on the best of the previous year’s offerings, we at the Gallery have decided to give the public another chance to take a look at the new work of last year’s top picks.”

I first "discovered" Charles Sheeler (1883-1965) in 2004 when his work was exhibited at the Detroit Institute of Arts. I was - and continue to be - completely captivated by his precision and realism, and how he created art from subjects to which the average person would never give a second glance or thought. To my mind, Sheeler and Edward Hopper were cut from the same cloth.

While he was a painter first, out of neccessity in 1912 he taught himself photography to make a living. He did such a remarkable job learning the craft that it soon became his full-time occupation.  By the 1920s his paintings and photographs received equal recognition. In 1927 Ford Motor Co. commissioned him to do the series of photographs and paintings of the Rouge Steel plant in Dearborn that so enamored me.

His 1939 photographs of the pistons and drive wheels of a New York Central locomotive were used as a reference for "Rolling Power," one of a series of paintings on the theme of power for Fortune magazine in 1940. "Wheels," is basically the same composition as his painting, but the photograph on which it was based no longer exists.

"Rolling Power No.1" is my homage to this master of canvas and camera, and was the inspiration for my subsequent "Iron, Steel, & Steam" series, two of which will also be exhibited. 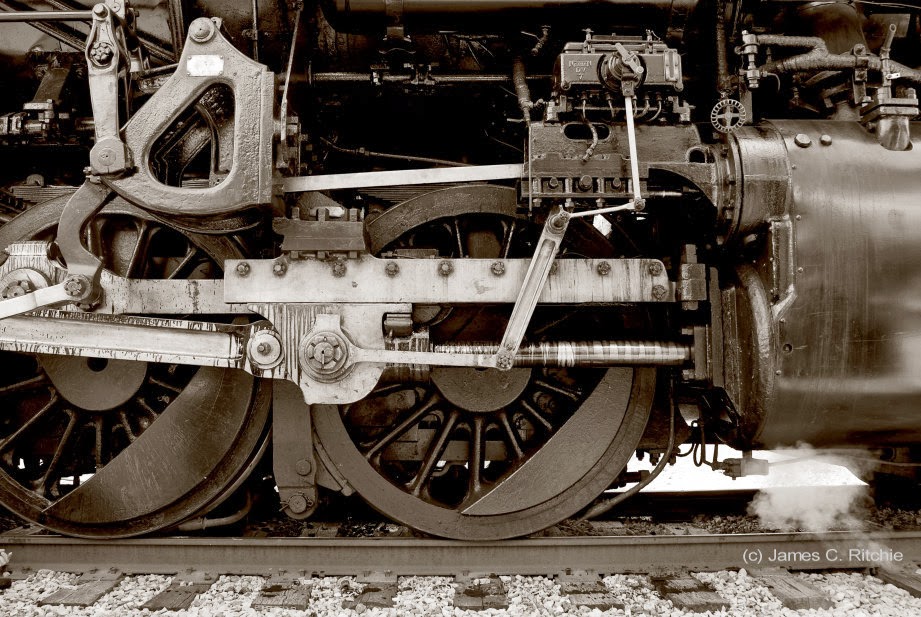 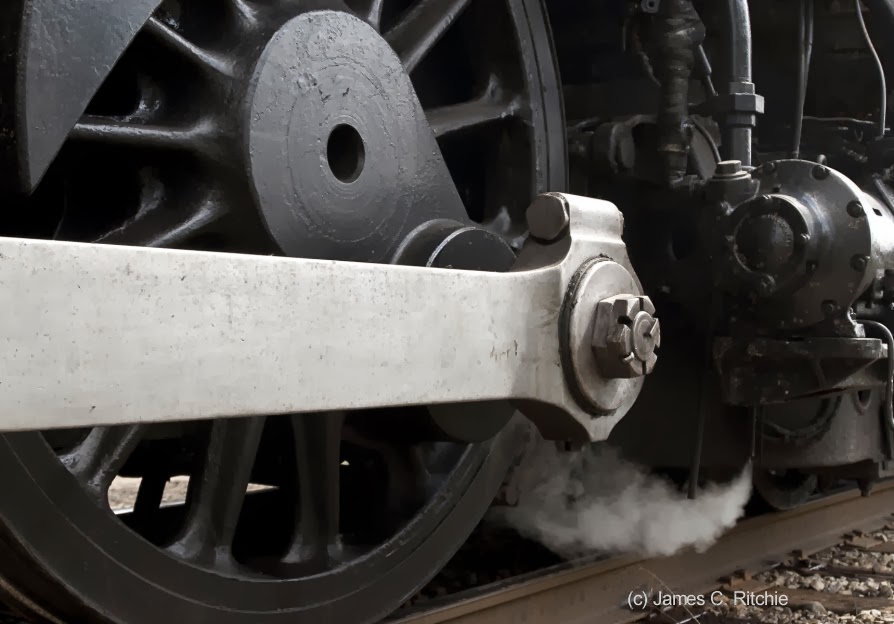 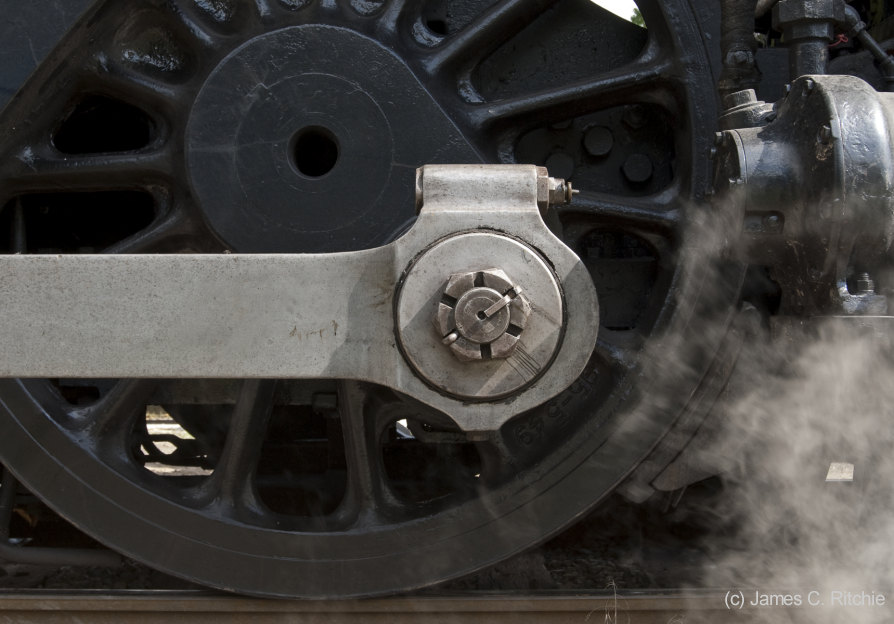 Other participating artists are:

Pin It Now!
Posted by JCR at 10:27 PM
Email ThisBlogThis!Share to TwitterShare to FacebookShare to Pinterest
No comments: