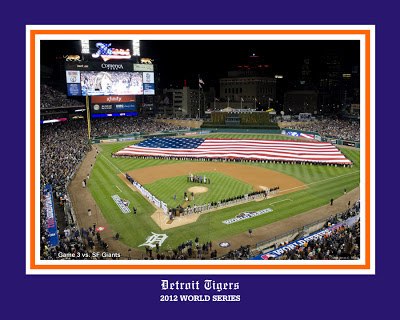 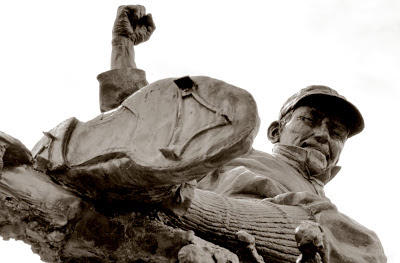 Read more at The Official web Site of  Ty Cobb: 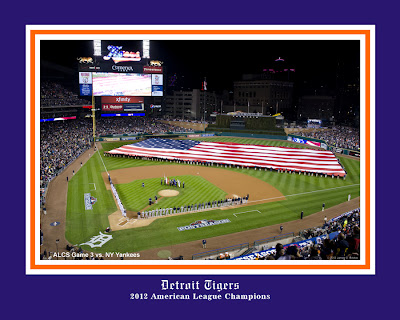 Click the photo to see it in my Etsy.com store. This signed, 8x10 giclée print mounted in a white 11x14 conservation-grade mat is available now.

Also available are these companion pieces -- 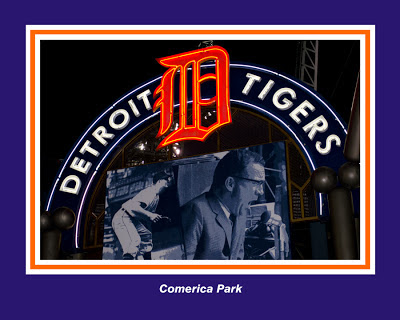 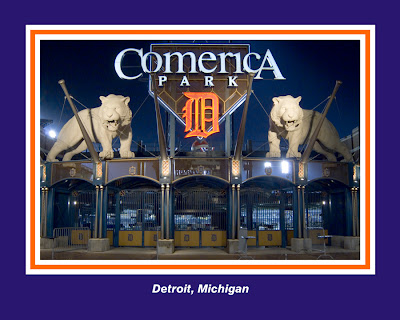 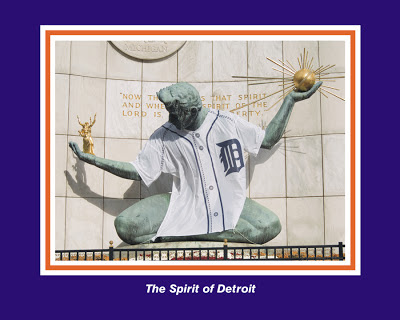 The tradition of dressing the 'Spirit' with a jersey began in 1997 when the Detroit Red Wings won their first Stanley Cup in 42 years. Since then it has also ’sported’ the jerseys of the Detroit Pistons, WNBA Detroit Shock, Super Bowl XL, and even a tuxedo when "The Three Tenors" performed at Tiger Stadium in 1999.
_________________ 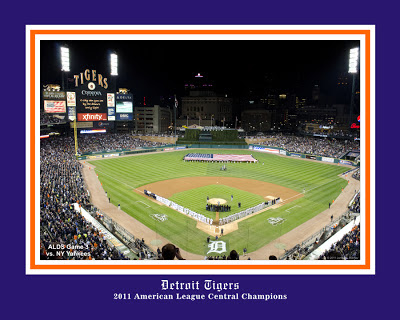 2011 American League Central Champions
This photo is the opening ceremony of ALDS Game 3 vs. the New York Yankess at Comerica Park in Detroit. on October, 2011.

The Tigers beat the Yankees 3 games to 2 to win the AL Central Division Championship. They advanced to the AL Championship Series but lost to the Texas Rangers 2 games to 4.

The photo below  is on display in the Scarab Club's 2012 Photography Exhibition which opens today (No. 5 on the exhibit list), Wednesday October 17, and runs through Sunday, November 18.
.
Artist reception is 6-9 pm,  Friday Ootober 19.

217 Farnsworth at John R, Detroit
(Directly behind the Detroit Institute of Arts) 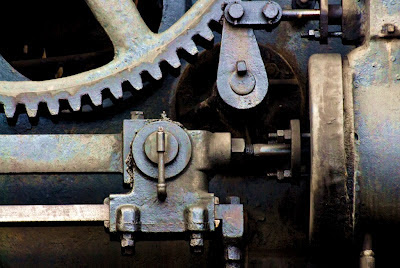 This crane has no power of its own, but can be run by steam or compressed air from an external source. This is part of a new series entitled "Iron, Steel, & Steam."

Pin It Now!
Posted by JCR at 8:00 AM
Email ThisBlogThis!Share to TwitterShare to FacebookShare to Pinterest
No comments:
Labels: 2012, Iron Steel and Steam, machinery, maschinen, Scarab Club

Help Save the Polar Express 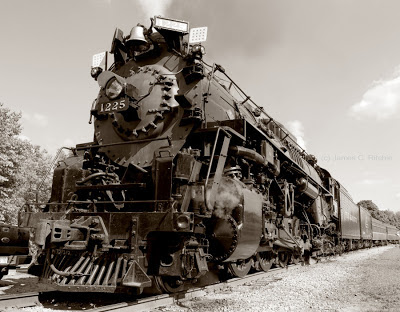 
The photo above was taken on its last excursion in 2009, during which problems with the boiler were discovered. After a thorough inspection the boiler was deemed unsafe to continue operation and all remaining excursions were cancelled. The federally mandated 15-year inspection and rebuild was due soon, so the locomotive was taken out of service until it could be brought into compliance with all Federal Railroad Administration requirements.

The rebuild, begun in 2010, is in its final stages but compliance is a monumental and expensive task and SRI still needs to raise $300,000 to complete the $900,000 restoration.


Please help save the Pere Marquette 1225, the locomotive whose image and sound were used for the animated movie "The Polar Express." 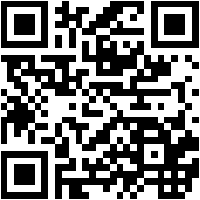 or click this link to Help Save the PM 1225
and read more about this historic locomotive.

Then, please forward this to everyone you think will help preserve this valuable, irreplaceable, piece of Michigan and American railroad history.

Donations are tax deductible as allowed by law. 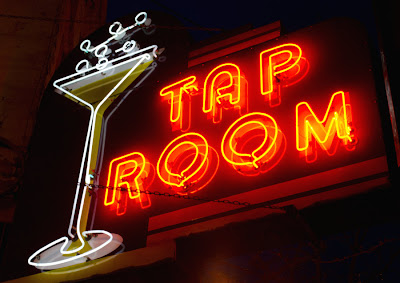 Pin It Now!
Posted by JCR at 8:00 AM
Email ThisBlogThis!Share to TwitterShare to FacebookShare to Pinterest
No comments:
Labels: Neon, Signs, Ypsilanti 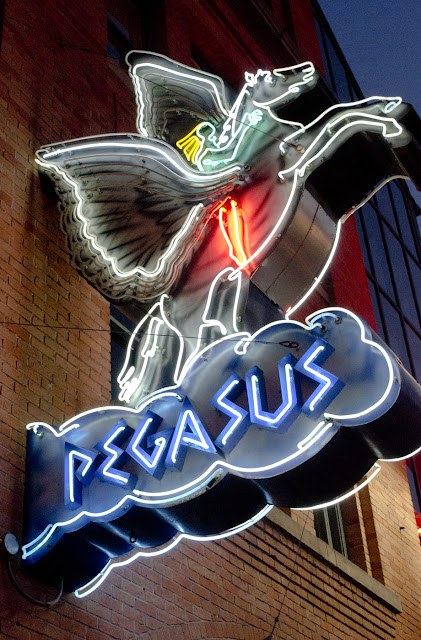 A favorite night spot near the Greektown Casino in Detroit.


Pin It Now!
Posted by JCR at 8:00 AM
Email ThisBlogThis!Share to TwitterShare to FacebookShare to Pinterest
No comments:
Labels: Detroit, Greektown, Neon, Signs 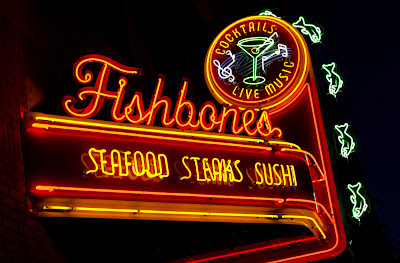 
Pin It Now!
Posted by JCR at 8:00 AM
Email ThisBlogThis!Share to TwitterShare to FacebookShare to Pinterest
No comments:
Labels: Detroit, Greektown, Neon, Signs

I'm pleased to announce that my work is now available at the State of Mind Gallery, 120 E. Main St. in Northville, Michigan. The gallery, owned by metal artists Joan Mulvehill and Lisa Robideau, showcases the work of more than 40 local Michigan artists. 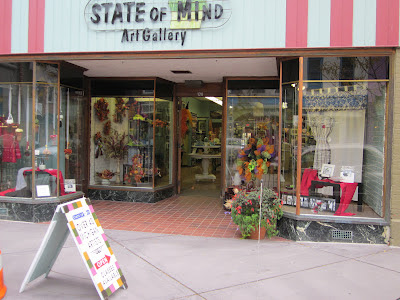 
The first Friday of every month downtown Northville comes alive and celebrates the arts during their popular First Friday Experience (formerly known as the Art Walk). As guests stroll downtown Northville's growing art district, they will enjoy a night filled with art exhibits (highlighting featured artists each month), art demonstrations and related events. Downtown Northville's participating First Friday Art galleries and stores are open until 9 pm with many of the businesses offering complimentary hors d' oeuvres and beverages for their guests as they browse or shop.

I'll be in the gallery from 6 to 9 pm for this month's First Friday on October 5, so please stop in to say hello and see my display. 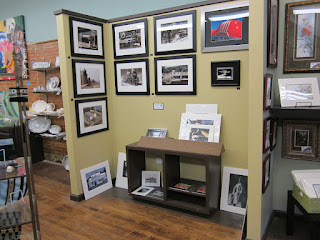 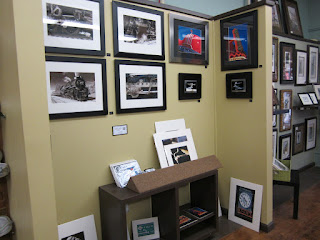 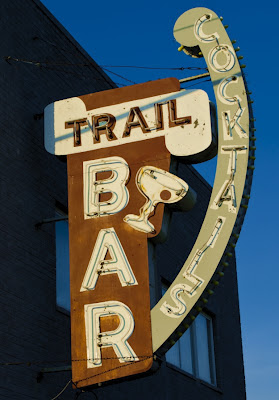 This classic neon sign with incandescent chaser on the now-closed Trail Bar in the Detroit suburb of Dearborn Heights probably dates to the post-war 1940s to mid 1950s.


Pin It Now!
Posted by JCR at 8:00 AM
Email ThisBlogThis!Share to TwitterShare to FacebookShare to Pinterest
No comments:
Labels: Bar, Dearborn, Detroit, Neon, Signs